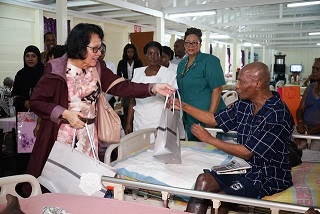 The Palms was established in 1874 under British colonial rule and was called “The Alms House”. In 1974, a century later, it was renamed “The Palms Elderly Care Facility” and is fully funded by the Guyana Government. The Facility provides efficient and adequate 24 hour nursing care for the elderly residents, as well as, free services to destitute Guyanese senior citizens.
It is the only such institution in the country that renders the following: The institution, which is divided into eight (8) wards, has a bed capacity of 240.
Criteria for admittance
The two main criteria for admission are:age and indigence
Entry of residents to the Home is determined after applications are investigated by a Social Worker and an assessment by the Administrator, the Ward Sister, the Medex and the Director of Social Services.
Donations
• The institution benefits from donations.
Social activities for residents
Residents who are lucid can communicate with each other, can read books, newspapers, listen to the radio or watch news and sports on television in the wards. Indoor games competitions such as dominoes and cards are also arranged by a Social Worker.
Who to contact?

The Venezuelan funded US$2M Centre was commissioned on August 10, 2013, with the focus to work, counsel and train the individuals housed there, towards empowering them to support themselves. It accommodates 180 homeless persons from across Guyana. The Centre ensure that the following are achieved: Medical services, meals, laundry services and transportation are also provided for the residents. 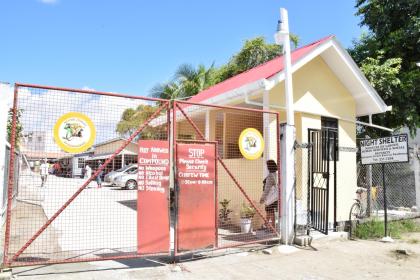 The Night Shelter provides a nightly shelter and some degree of protection for the destitute, deportees, homeless and in some instances unstable persons who dwell on the streets and sleep on the pavements. At the Shelter, persons are offered baths, basic medical attention, meals and sleeping accommodation. Skills training, counselling and employment assistance are also provided to residents. The Shelter also refers incapacitated persons and those who have attained the required age, to the social security section of the department within the Ministry, so that they can benefit from either Public Assistance, or Old Age Pension Services. Residents who have attained the required age may also be referred to the Palms Geriatric Institution or the Hugo Chavez Centre for Rehabilitation and Reintegration. 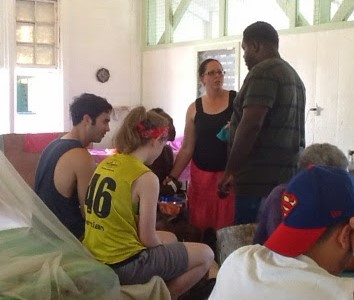 This hospital provides free medical attention, nursing care, food, shelter and transportation, to patients with Hansen’s disease. Support is also provided to pensioners who are paid at the hospital.
Who to contact?

The Probation and Social Services Department is responsible for the provision of services for the protection of the Guyanese society from crime and delinquency and the promotion of the welfare of members of the society, by providing social, financial and other material assistance. It also provides support psychosocial services to reduce social ills and improve social well-being.

Services offered
The services provided are statutory and non-statutory.
Statutory services are those fixed by law, and are considered the corrective aspect of the Service. These functions are as follow: Non-statutory services focus on protecting individuals, families and communities from social ills which include: How does the public access the services available?
Who to contact?